So I’ve heard from some folks that they couldn’t play the game without 2.2.1 installed. It sounds like this is because I compiled the binary for 2.2.1 without thinking about it. I “rejected” the previous update that I submitted last night, and submitted a new one that should work with everything back to 2.1. I can’t see a way to change the date I said that update should be live though, so it looks like I’ve missed my chance to get onto the “recently released” lists again. Oh well, there should be plenty of updates in the future. (I have so many plans for this game that I can hardly wait to work on them all!) 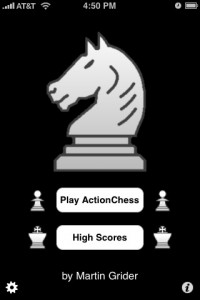 I just received the approval letter, but I don’t know how long it’ll take to show up in the app store.

I spent all afternoon working on a bug where the up button will occasionally get stuck, ending your game prematurely if you’re not quick enough to pause or hit the physical home button to “unstick” it. I hope the bug is not terrible to play with, but I’ve already submitted the update to apple, and I think the way the up button works now is a significant improvement.

Also in the update is a new menu image. The designer of my chess pieces, Peter Wong, saw the previous menu image and sent me an upscaled version without my even asking! Anyway, hopefully apple won’t take a week to approve the update.

I spent quite a while tonight compiling a list of games for the iPhone that use Tetrominos in their gameplay. Read on for my observations and analysis. (And let me know if I’ve missed any!)

END_OF_DOCUMENT_TOKEN_TO_BE_REPLACED 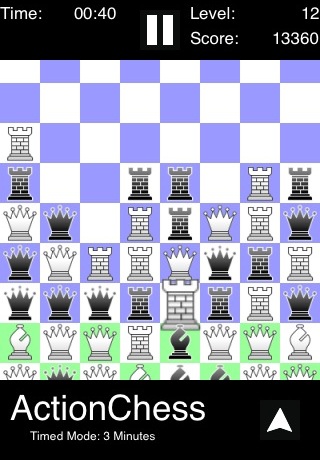 I just completed the long and rather arduous task of submitting ActionChess to apple. I think everything went well. The hard part was generating a new development “code signing certificate”, and getting that all hooked into xcode and building the game again using the new certificate. This seemed to go off without a hitch. I guess gathering all the “stuff” necessary for submission was also a chore, particularly the 512×512 pixel “large version” of the icon. Since I was working from tiny icons when I built the icon for the game, scaling it up looked mostly awful. I just have to hope that the only place it’s used is in the game description page in iTunes, where it appears to be scaled down quite a bit.

I also gathered a bunch of screenshots, and took the 5 that I thought were the best to include with the game. I didn’t spend terribly long on that portion, so I don’t know that the screenshots are really all that great. (Read more to see all the ones I chose.)

I also created a new page on this website withe the current game description.

END_OF_DOCUMENT_TOKEN_TO_BE_REPLACED

For ActionChess, I’ve licensed Peter Wong’s awesome Chess icons available over at http://www.virtualpieces.net/. The icons are available for download for “personal use” as icons on your computer in a variety of formats. Hopefully ActionChess puts them to good use!