After joining my fellow twin cities IGDA members at the global game jam a few weekends ago, I was all fired up about the board games that were made that weekend. In fact, I spent a good chunk of the following weekend going through all one hundred and two “non-digital” games in the Global Game Jam database from 2012. With the exception of a few that I skipped over categorically (mostly roll-and-moves, but I apologize if I missed any cool ones), this post contains my paring down of those hundred-plus games to just the English ones that are ready for print-and-play. Keep in mind that I would guess at least one-in-four had absolutely nothing on the game page at all other than a name and sometimes a description. There were also probably between three and ten that were just totally miss-categorized, as well as a similar number that weren’t written in English.

After doing all that research, I meant to post my thoughts on all these playable games ASAP, but it took me until tonight to find the time to sit down and actually do it. So without further ado, here is a list of all the games that, at the time of my research, had all the files and instructions necessary to play them available on the Global Game Jam website, along with some (brief) thoughts on each one.

First, there were four games I managed to get to a playable state by our IGDA meetup:

Other games I believe are ready to play but that just didn’t make the cut in my first pass:

Honorable mentions list #1 (Games that would be cool, but look too hard to construct):

Honorable Mentions list #2: (Not all files are available, but would possibly be really cool if they were!):

I put together these slides to talk about my Global Game Jam entry, Eat Thyself. 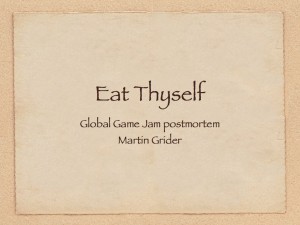 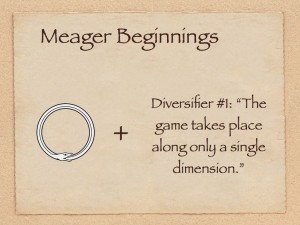 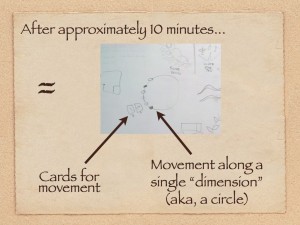 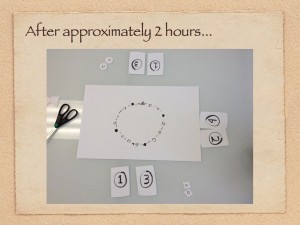 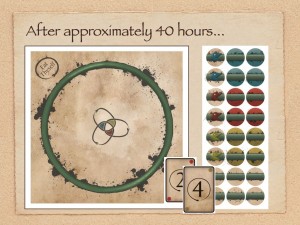 …I also printed the following games for playing at our IGDATC meeting. (Where I did this presentation.) 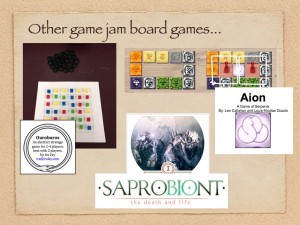