I gave this talk at GDC (Game Developers Conference) 2014.

Update: Note that the talk was recorded, and you can now watch the video (and slides!) on the GDC Vault.

Here are some notes:

(The numbers below correspond with the side number.)

1. This talk was adapted from a previous talk I gave at Mobile March in 2013, titled Case Studies in Mobile Board Game Conversion (2013). That talk was much more about features of three games in particular, Carcassonne, Ascension, and For the Win.

2. This slide contains a screenshot from Doom (1993), the book cover for Masters of Doom: How Two Guys Created an Empire and Transformed Pop Culture (a book by David Kushner about id Software), and a movie poster for Indiana Jones and the Temple of Doom (from 1984): 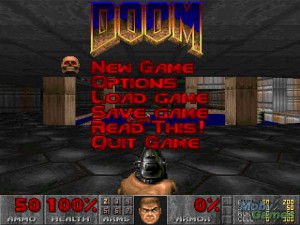 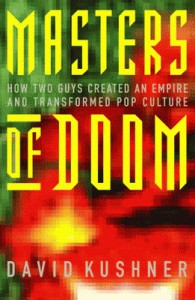 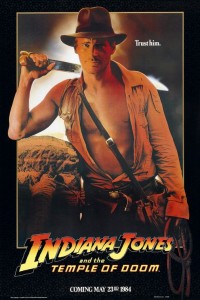 4. I wanted to include a photo here of a glass bead game, or maybe glass chess set, but didn’t find a good one.

5. In case you haven’t played it, here is QWOP.

8. Arnold Lund’s Usability Maxims were first published in 1997. “Expert ratings of usability maxims. Ergonomics in Design, 5(3), 15-20. A study of the heuristics design experts consider important for good design.” @ArnieLund Oddly enough, this list of “maxims” used to appear on the Wikipedia article for Usability, but was removed before I gave this talk. (Not by me!) Here’s another site that has them: http://www.simonwhatley.co.uk/lunds-expert-ratings-of-usability-maxims

9. Unfortunately, as of this writing, the For The Win application created for Tasty Minstrel Games appears to be no longer available in the app store.

10. I mention here that Usability is a two-way street, even though it is generally thought of as the player communicating with the application, it is far more relevant what the application communicates to the player. This first section is titled “Usability Lessons for the Game Screen: Effectively communicating game information to your player”, and features the following recommendations / lessons, giving each its own slide.

11. This slide features a screenshot from Ascension: Chronicle of the Godslayer, put out by Playdek.

12. The screenshot here is Carcassonne, by the Coding Monkeys, which I call out as the “gold standard” of iOS board game conversions.

13. Here is a screenshot for Day’s of Wonder’s excellent Ticket To Ride application.

14. More screenshots from Ascension and Carcassonne.

16. This introduces a brief section on gestures and the other half of the picture, allowing the player to communicate back into the game.

17. More Carcassonne and Ascension screenshots. I recommend you support both tap and drag when drag makes sense as a gesture. Tap and drag are the two gestures you probably don’t need to explain in detail.

18. Here is a screenshot from Playdek’s latest masterpiece, Lords of Waterdeep. I talk about other gestures that probably do need to be explained: double-tap, long-press, and swipe. As well as some classes of gesture that I recommend not using at all: Triple (or more) tap, and multi-finger drag/swipe.

19 & 20. I’m not sure I feel like I managed to get my points across about undo and confirmation buttons. Essentially, undo is a good idea, and if you have complex actions, you should always give your user a confirmation step. I guess what I feel less certain about having effectively communicated is WHY those are important. Screenshots from Ascension and Carcassonne.

22. Here is a screenshot from Reiner Knizia’s Samurai (developed by Conlan Rios), as well as another from Carcassonne and For The Win.

UPDATE #2: (2014-03-24) I added additional notes as well as the original session description and takeaway from the GDC Schedule.

UPDATE #3: (2016-05-10) I added a link at the beginning of this post to the video recording of the talk, which is available to watch for free at the GDC Vault.

Session Description
Martin Grider looks at user interface specifics related to touchscreen ports of modern board games. He examines common touch interface paradigms that have emerged in the genre, making in-depth examination of some particularly good mobile board game conversions from the perspective of their UX and UI decisions. Martin also talks about working with Tasty Minstrel Games on the For The Win board game application for iOS in 2012.

Takeaway
The following questions are addressed: What interface elements and control schemes are useful for board game conversion? What UX paradigms apply to board game interactions in mobile, particularly as they apply to the game screen and multiplayer game creation screens? How do these lessons apply to all mobile game development?