So, I’ve been following the Zooniverse projects for a while now, ever since the retired “Galaxy Zoo” project. For those not familiar, the Zooniverse projects (you can see a list of current projects on that link to their homepage) are basically crowdsourcing science. Each one takes a relatively focused (and menial) task that would take a researcher or research team years to complete, and makes a pretty simple web interface that allows “citizen scientists” to participate. The tasks all appear to be (at least from my limited experience — I’ve only done two or three of them) mostly image recognition of one kind or another. Interestingly, in the Zooniverse Reddit AMA (ask me anything) this afternoon, I learned that one of their retired projects was used to successfully train a computer to perform the tasks that the humans were completing, and thus, the project is no longer needed. That is some pretty cool computer SCIENCE.

Until today, I hadn’t given much thought into the people behind Zooniverse. But when I did think about it, I sort of assumed it was like rocket science — in other words, impossibly hard tech-wizardry. Reading the AMA where the team answered questions about quite a lot of their projects and process was for me a humanizing experience, striking home for me that, much as scientists are real people, (not superhumans), so too are the people who make really amazing software that advances science (also not superhumans).

As an aside, I think I have sort of an inferiority complex when it comes to “real” scientists. Not that I don’t know a few here and there, I do have a healthy smattering of PHDs in my facebook friend feed, (who for some reason don’t count). I think of “real science” as this thing that you have to be WAY smarter than me to do. When, in reality — or anyway my newly rationalized version of reality — I am now trying to internalize the idea that much of scientific discovery is not “breakthroughs” and genius-level eureka moments, but rather made up of tiny incremental observations and discoveries. Maybe this putting scientists on a pedestal comes from reading too much science fiction where there is a lot of hand-waving around what happens when the big breakthroughs are made. (This is actually something I do occasionally fault science fiction for, one of my pet peeves is when some near-future science fiction novel’s plot hinges on one or more breakthroughs that completely disrupt modern society, yet we’ve never heard of them before.)

Anyway, the Zooniverse projects aren’t quite gamefied, at least not in a competitive sort of way. I’ve “helped” a bit with a couple of the latest ones, and some of them give you some nice stats about how many images you’ve helped classify, and that sort of thing, which could be used to create a leaderboard or achievements, but the messaging around all the projects is much more about how you are helping further science than about how you can score more points or get the next gold star. 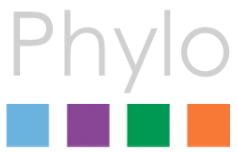 Which brings me to my next example of crowdsourced science, the far more gamefied “puzzle” game, Phylo. Phylo is played by moving squares around the gameboard, matching their colors vertically, and trying to optimize (or eliminate) empty space between them horizontally. The link between science and what you are doing in Phylo is a bit harder to grasp than in the Zooniverse projects, but as near as I can tell, the colored squares represent genetic sequences of DNA or RNA. From the project’s about page: “By taking data which has already been aligned by a heuristic algorithm, we allow the user to optimize where the algorithm may have failed.” The game is interesting at least, to the puzzle gamer in me, if not actually fun (it would probably be considered fun to some people, I can’t quite decide why I don’t think it’s fun, even though it’s got that “just one more game” draw for me), and they have packaged up the game with a leaderboard and “levels” (that all represent sequences that need matching). There is even an end-game condition, whereby you have to meet the “par” set by the computer algorithms before you can complete each game.

So back to my observation that scientists, or at least the computer programmers who help scientists are not superhuman, and my final link-observation that much of the Zooniverse code is up on github. This means that, if I had the time to spare and inclination (and an image cataloging project I wanted to crowd-source) I could probably get a pretty decent head start by checking out what they’ve already put together. That observation led to my thinking about whether the power of lots of humans playing could be harnessed to create the ultimate video game. A kind of crowd-sourced game design. I imagine a sort of branching-path puzzle game where at the root node, the game is in its simplest form, (and probably least creative). Then, you give the player a choice of whether they want x feature, or y feature. You measure how many people chose x vs y, and you make games x and y also, so you can measure how long players “stick with” both. (One assumption here is that a “sticky” game is good game design.) You could build this incrementally, so maybe in the beginning only a few branches are “built out”, just to have some content, and then you keep building branches, ideally in direct response to additional user feedback or surveying. Wouldn’t that be fun? The problem is that of course you need to generate the “branch ideas” from somewhere. Maybe you also let the players contribute ideas that also get voted on. (A sort of “other” survey answer.) Dunno, it was just a thought. Might be fun tho.