First Person Tetris has clearly been making the rounds. (I’ve had three separate people tell me about it in the last week.) Basically, the whole screen rotates and moves while the current piece remains stationary in the center of the screen. I was actually surprised at how easy this was to play, intuitive even. Ultimately though, it’s still Tetris, with nothing terribly different about it, so it’s probably got a fairly limited replay value. 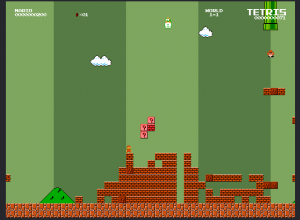 Tuper Tario Tros is tetris meets mario bros. You can also find it on Kongregate. From the developer’s description:

We were playing some Xbox Live games during lunchtime. Guillaume was really excited about “Lucidity” and the idea of playing a “Tetris platform” game… but he finally felt disapointed by the concept.

So, Guillaume decided to create a little Tetris plateformer for fun. William came with the idea to mix up Tetris with another well know game: Super Mario Bros.

This is interesting to me, because I also tried out (and was a tad bit disappointed with) the much hyped Lucidity. It’s definitely very pretty, but the gameplay just felt a bit lacking. Anyway, Tuper Tario Tros is a novel idea. You are basically just playing standard Mario Bros, but then a popup tells you you can switch into tetris mode by hitting the space bar. Then it’s up to you to build the 2d platforms for Mario to traverse using Tetris pieces. Eventually you reach the end of the level, and the gameplay switches to another mode entirely. Those folks at SwingSwing Submarine did a great job of creating not one but two new and interesting gameplay types out of it. The first part is relatively short, so I’d recommend sticking with it until you finish it so you see the second one. Good stuff. 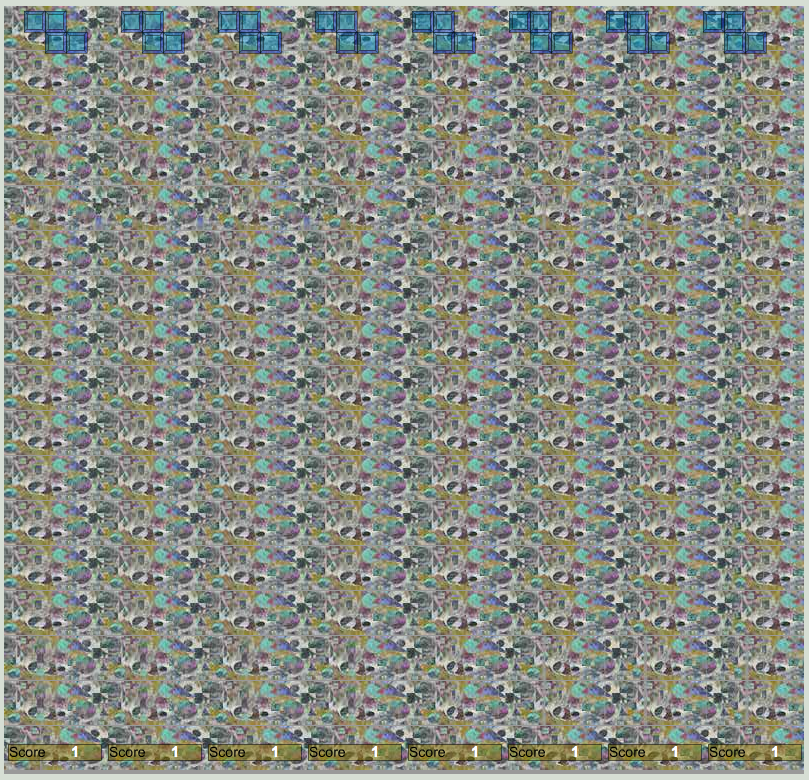 3D Stereogram Tetris has probably been around the longest of these three. When I sent it out at work, one of my coworkers said she’d been playing it for years. It’s exactly like a Stereogram image, where you have to cross your eyes correctly to see the game, and I found out that gives me a headache after a very short amount of time. I only recently discovered this painful Tetris variant a few months back, and it deserves a place on any list of Tetris variants, for novelty alone.

It bears mentioning that Wikipedia has a nice page listing many official Tetris Variants, (I may have linked to this before) but the page doesn’t seem to have any flash games on it, and is most useful when trying to remember which version of tetris existed for which console system. I briefly toyed with adding these, and possibly Go-Tetris to the page, but I think adding my game would be against Wikipedia’s TOS.