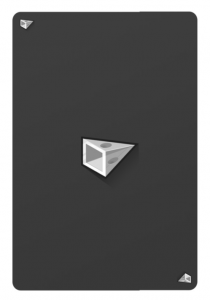 I’m a huge fan of Looney Pyramids. Mostly because I think it’s the most successful game system ever produced. And by successful, I mean that it’s probably had the most games made for it.

Now that I’ve said this, I might argue that Chess is the most successful, especially by that metric, since there are probably way more chess variants in existence than pyramid games, but of course Chess was never meant to be a game system. Then again, we can’t actually imagine what Chess was meant to be, since it’s not even remotely known who invented chess originally. Maybe they imagined a future in 2 or 3 thousand years when their game would be used to play literally hundreds of games.

Okay, anyway, so over 3 years ago, I had an idea, chatting with a friend**, and asked another friend*** to make it for me. The idea was a deck of cards that depicted Looney Pyramids on them. I imagined you could make a ton of games using them. Then I imagined some of those games. I don’t think I really playtested any of those games much until months later.

But the point is that I never got around to posting the PnP files for the deck of cards. So without further ado: 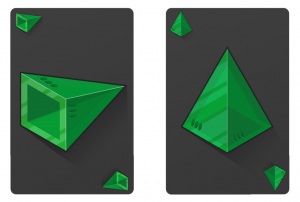